Muslim and left-wing militants with help from Palestine Liberation Organisation (PLO_ units attacked Damour, a Maronite Christian town on the main highway south of Beirut. This attack was in response to the Karantina massacre of January 18, 1976, when Maronite Christians attacked the PLO and Muslim groups.

According to estimates, they killed between 300 and 600 people, mostly Christian Damour civilians. They executed twenty Phalangist men, a Christian milita, Then, the PLO and other militia groups attacked civilians, lining them up against a wall before sprayed with machine-gun fire.red  "It was an apocalypse," said Father Mansour Labaky, a Christian Maronite priest who survived the massacre. "They were coming, thousands and thousands, shouting 'Allahu Akbar! (God is great!) Let us attack them, let us offer a holocaust to Mohammad!", and they were slaughtering everyone in their path, men, women and children.

An estimated 15,000 fugitives fled to the sea in small boats. After the massacre, the Palestine Liberation Organization (PLO) resettled Palestinian refugees in the town. Today Damour is back tobeing a predominantly Christian town directly on the Lebanese coast.The inhabitants who fled during the massacre returned to the town gradually over the years. 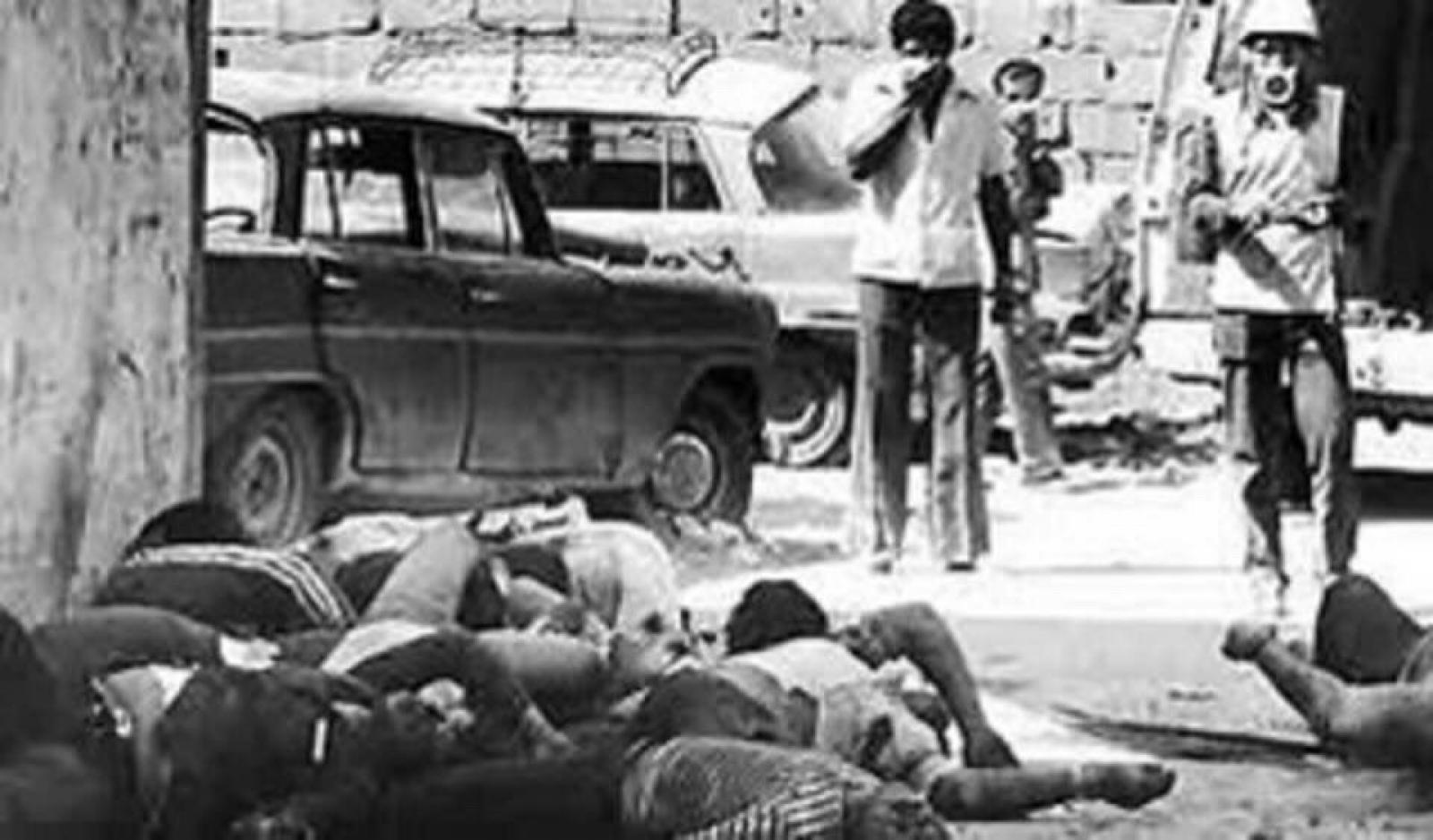