These branches are further divided into central branches in the capital, Damascus, along with regional sub-branches and local sub-branches in cities and throughout the country. Each central, regional, or local branch has a center or centers for detention that vary in size and number according to the importance of the region.

Branch 215 is the detachment of attack and breaking-in, located in Damascus. Branch 215 is responsible for thousands of extrajudicial killings. All of the detainees in this branch are subjected to severe and systematic torture of the ugliest methods, which has resulted in the deaths of hundreds of people. All the dead, or those deemed close to death, are either transferred to Hospital (601) in Mazza or the Tishreen Military Hospital in Barza. From there, it is believed that the corpses are moved to mass graves in the Najha area in the countryside of Damascus or to al-Bahaliyya.

The burial operations carried out in those areas are conducted under the supervision and complete confidentiality of the Syrian Army and Security Forces. The victims are brought in batches that make it hard to determine a clear or specific number of corpses per batch.

Branch 215 is a notorious prison run by the Military Intelligence Directorate, where torture and executions are commonplace, Syrian Observer, 3rd January 2020 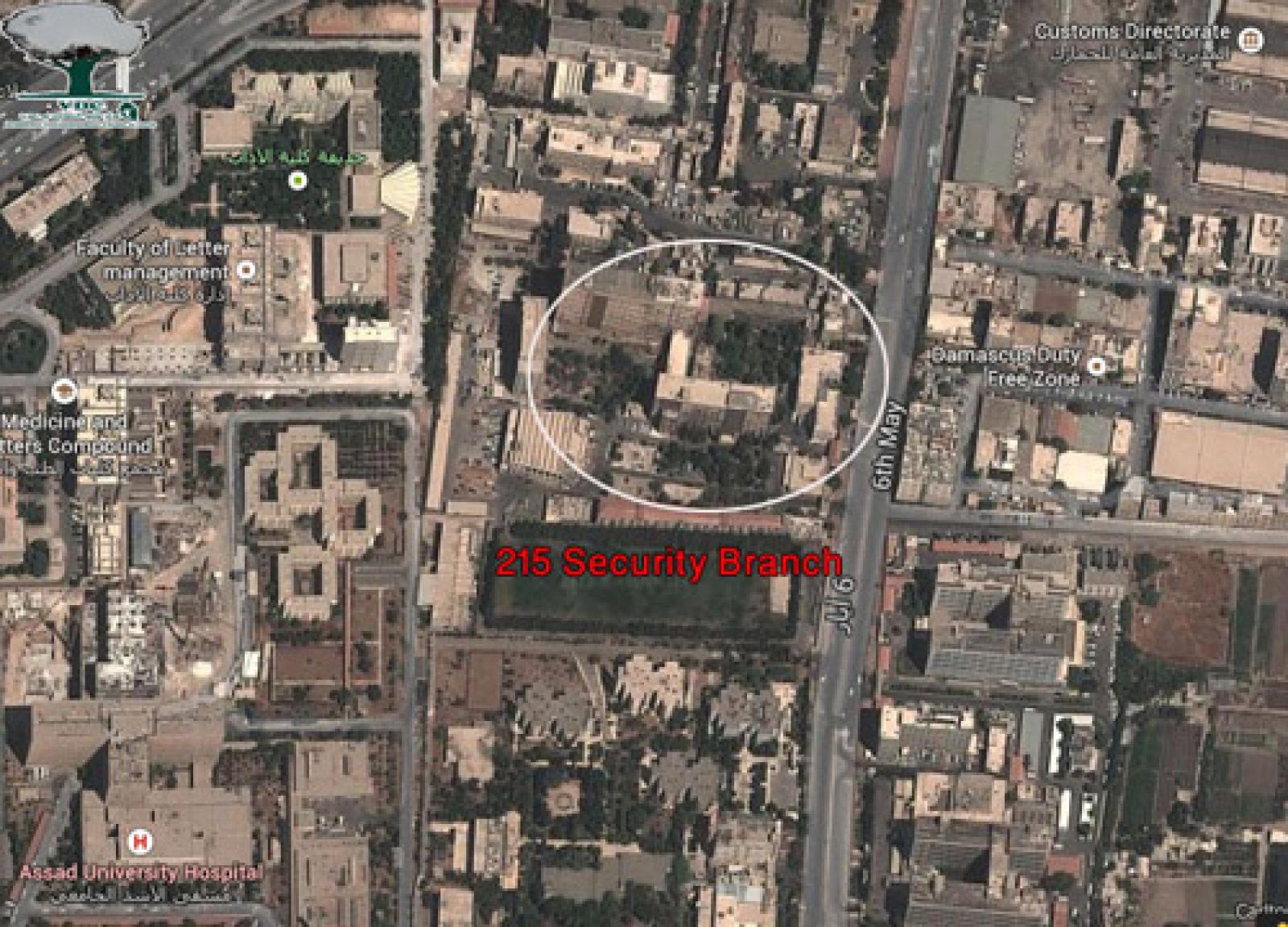 Branch 215. A Slaughterhouse in Syria, The Syrian Observer, 3rd January 2020