State Security Investigations in Nasr City (HQ): The officers here are chosen carefully. They must be loyal to the ruling regime and their main job is to protect the regime even if this were at the expense of citizens. In response to Dr Saad el-Din Ibrahim’s initiative to monitor the elections for potential fraud and his videos about the many violations, the National Security Investigations Service, on Friday night, 30 June 2000, arrested Dr Ibrahim, Chair of Ibn Khaldun Centre and professor of political sociology at the American University, from his home in Al-Maadi, Cairo, confiscating some of his papers and documents. They also raided Ibn Khaldoun Centre in the Mokattam in Cairo, where they confiscated a set of files, documents and computers and arrested accountants Nadia Mohamed Abdel Nour (Sudanese) and Osama Hammad. They also arrested Nader Gohar (owner of a video company) and brought them all before the Supreme State Security Prosecution on Saturday morning, 1 July 2000.

The prosecution faced Dr Saad El-Din Ibrahim with a series of charges, including receiving funds from overseas without permission from the official authorities in violation of the military ruler’s decision No 4 of 1992; joining others in preparing fake and fraudulent electoral lists and cards and seizing funds to prepare them, producing a video about the elections that affects Egypt’s reputation overseas and its national interest and spreading rumours and propaganda that could damage the public interest.

While the prosecutors released Osama Hammad and Nader Gohar, Dr Ibrahim Saad El-Din and accountant Nadia Abdel Nour were held in custody for 15 days, pending investigations. They also ordered the arrest of Mamdouh Mansour, Khalid Fayyad and Ayman Jabal who work at Ibn Khaldun Centre. The arrest of Dr Saad El-Din Ibrahim had political connections with the last parliamentary elections, while raiding Ibn Khaldun Centre was an unprecedented act that paved the way for a new series of attacks on Egyptian civil society institutions. As for Dr Saad El-din Ibrahim, he was imprisoned and then he was acquitted later. 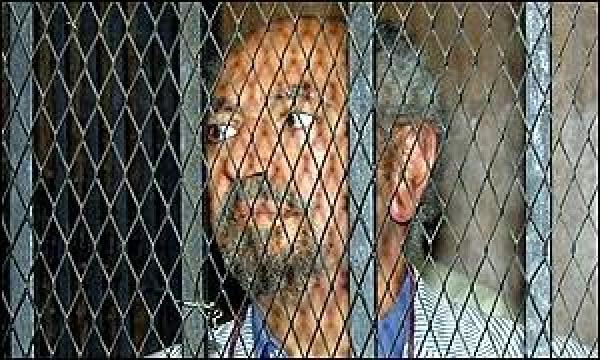 An American project to monitor the elections behind the arrest of Saad Eddin Ibrahim, Al Bayan, 06 July, 2000