Al-Kafsa became as one of the locations where the ISIS disposed of the bodies of victims they killed and murdered upon convictions of violating their orders, beginning in mid-2014, after the organization took control of large swathes of land in the Nineveh governorate

Al-Khafsa is a huge, extremely deep cavity in the ground formed as a result of natural phenomena, believed to have been caused a giant meteor. Located 15 km to the south of the city of Mosul, it lies within the administrative area of Hamam Al-Alil district.

In August 2015, and for the first time, ISIS announced a list of victims which they published and circulated among their police stations. The list contained the names of 2070 victims including women, men and members of the government in addition to media people, candidates for elections and others whose dates of arrest by ISIS organization vary. According to experts, the all of the above victims were killed in various ways before they were disposed of in Al-Khafsa sinkhole.

Additionally, eyewitnesses confirmed that the ISIS organization used to execute victims in areas close to Al-Khafsa before it transported their bodies and threw them into the valley. This was considered a punishment for both the victims and their families who were unable to find and bury the bodies of their loved ones. This brutal approach was adopted by the organization as a means of spreading fear among members of the community.

There seem to be no efforts made by the government and the various parties to find the facts about the victims due to the lack of technical capabilities, not to mention that the area is surrounded by mines and explosives that the organization has planted around the place to prevent individuals and vehicles from having access to it. There are also two mass graves containing hundreds of bodies of other victims randomly accumulated from nearby areas, such as ‘Zakrutiyya’ and the ‘Faculty of Agriculture Cemetery’. These mass graves, however, have not been excavated till now, nor of course have the bodies in them been identified, which adds extra burden on the shoulders of the families, both psychologically and human rights-wise. 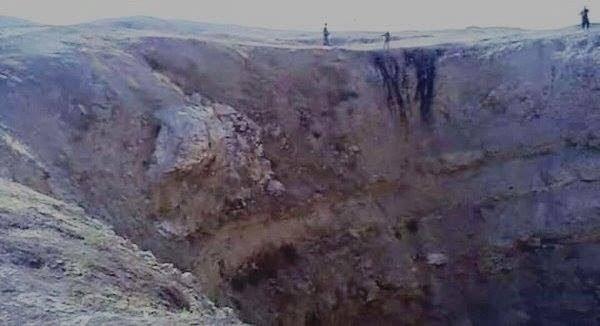 Here is where Daesh brought their victims, Nisan Journal, 28 February 2017 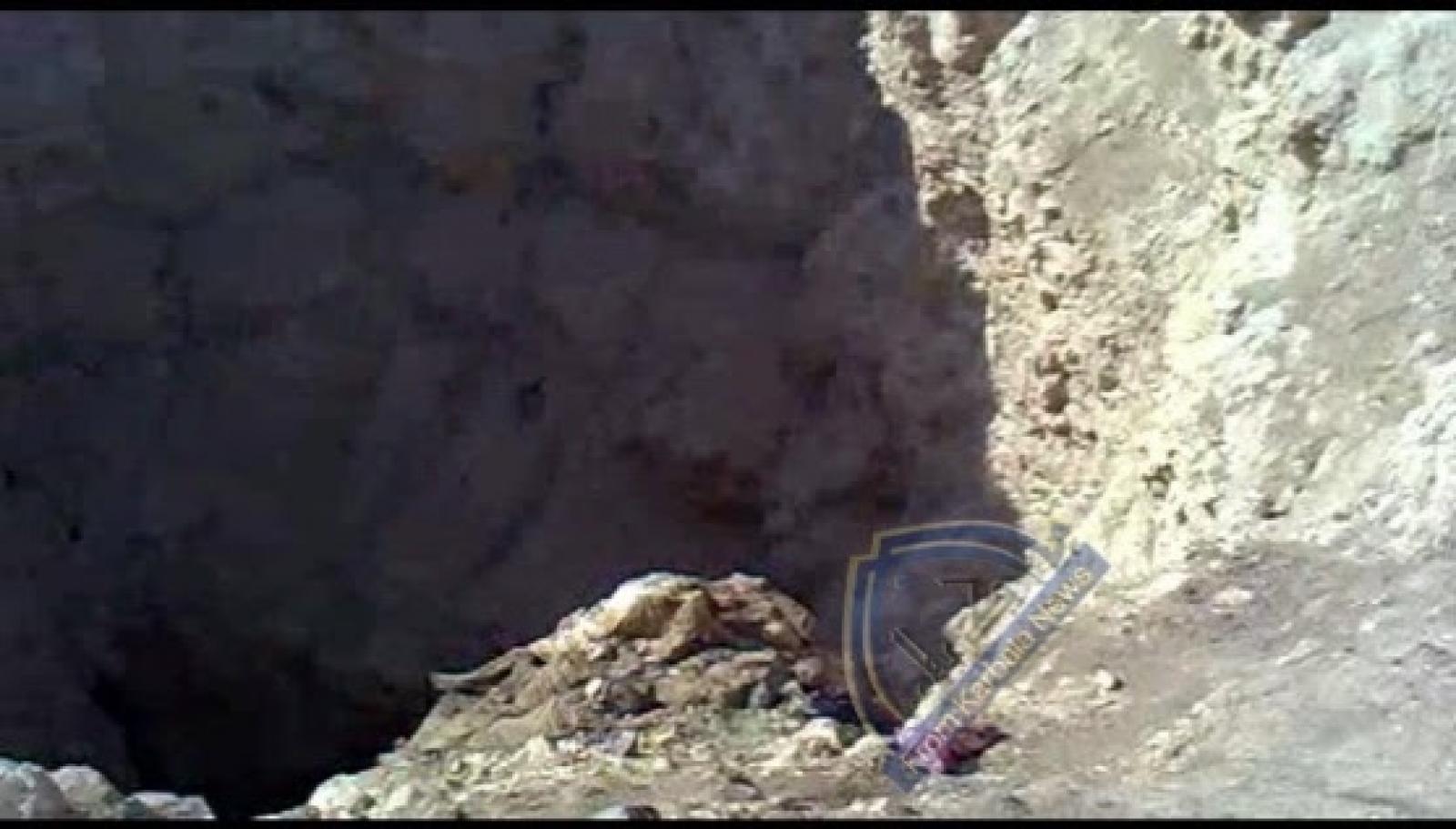 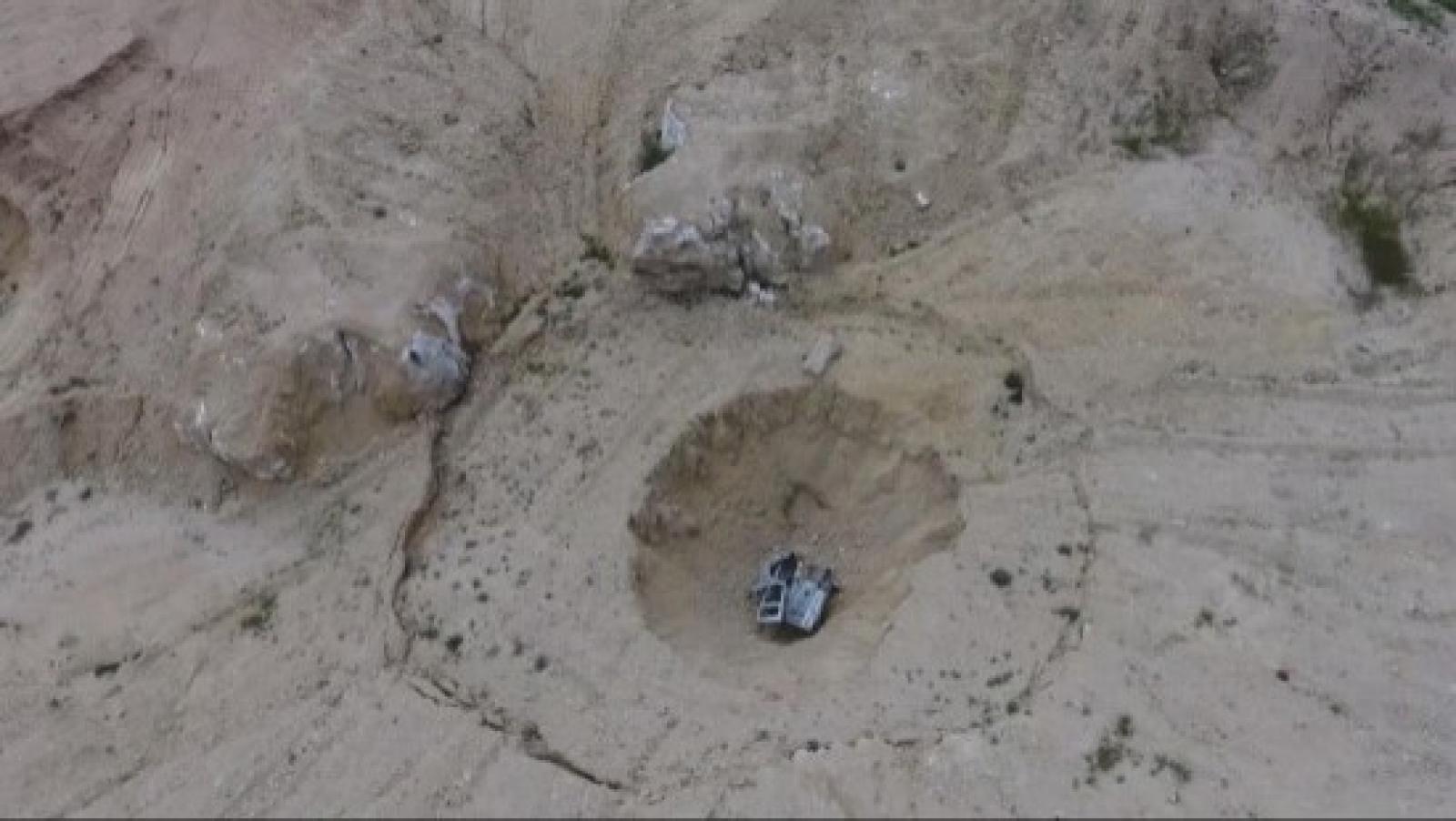 Al-Khasfa, the massive hole of death that contains the corpses of Daesh’s victims, Alalam TV, 28 February 2017