In the early morning hours on August 3 2014, ISIS took control of the center of Sinjar district and its villages, including the village of Kocho, which lies about 21 km to the south. Gathering the people of the village in the open, members of the ISIS organization asked them to clearly state whether they wanted to remain in the Yazidi religion or convert to the Islamic Faith. Many villagers had no idea about the fate of those who decide to remain Yazidi.  ISIS would kill or enslave the Yazidi without a second thought, as a punishment for refusing to enter Islam as per the interpretations of the ISIS organization.

ISIS killed more than 70 men while the women and children were taken to remote areas as sexual slaves, were distributed as rewards among the fighters. The Kocho massacre against the Yazidis was regarded as the largest of its kind  in the Nineveh governorate, as ISIS targeted religious minorities killing dozens and enslaving hundreds of women.

Nadia Murad, from the Kocho village, a survivor of the massacre, was awarded the Nobel Peace Prize. She has worked tirelessly to introduce the world to the scale of tragedy suffered by the Yazidi community, especially by the women who were raped and killed.  Recently, the mass grave in Kocho was excavated under an international team after many delays due to disputes between Erbil and Baghdad with regard to the right of either party to the judicial supervision of the excavation process and fact-finding mission. There are still many smaller graves near Kocho that have not yet been excavated or documented, which is regarded as one of the key reasons why tens of thousands of displaced Yazidis are not returning to the regions they were expelled from. 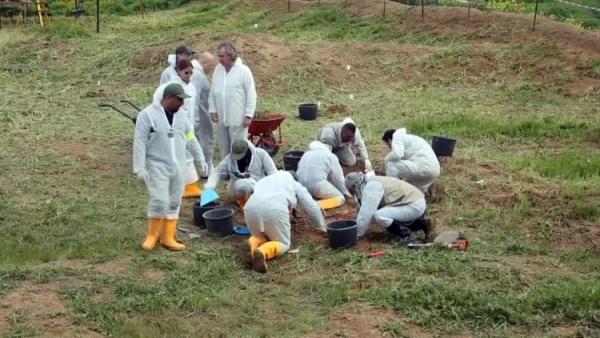 The remains of victims of Kojo village to be returned to Sinjar beginning of next February, Kerkuk Now, 20 January 2020 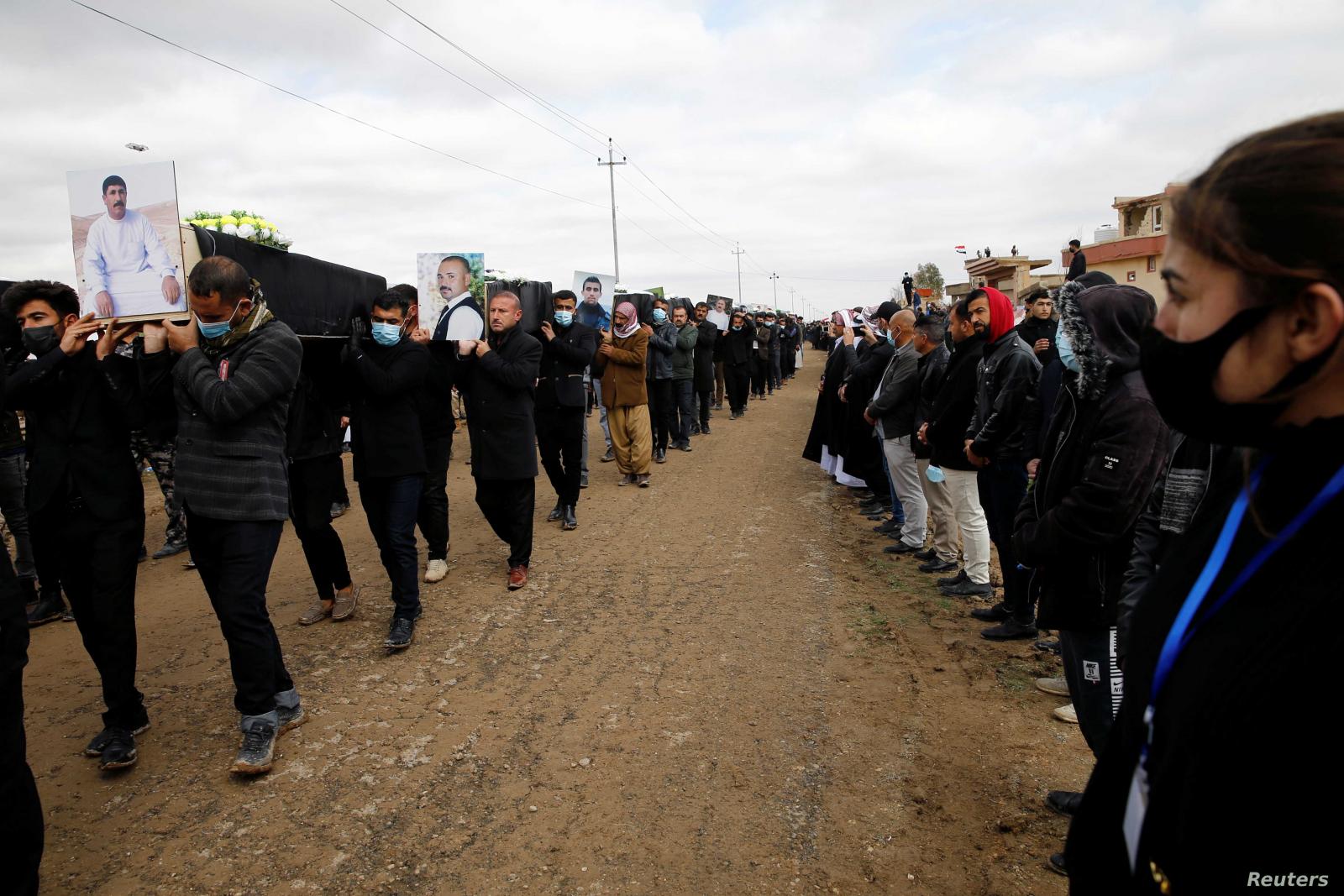 After the memorial service in Baghdad, Sinjar to rebury the remains of its victims, Al-Hurra, 6 February 2021 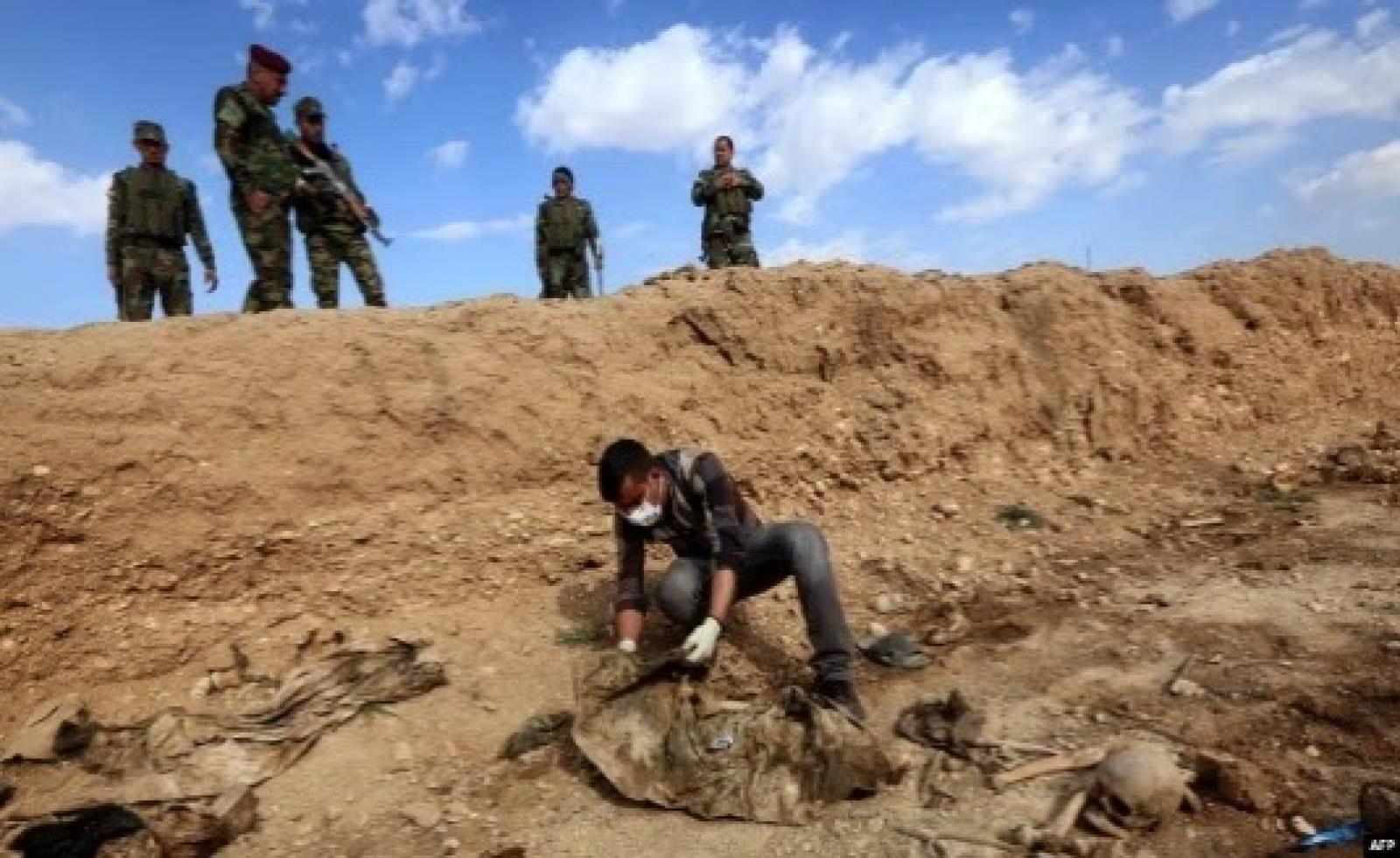 Remote video URL
Launching the exhumation process of the first mass grave in the stricken village of Kojo, 'Kojo will not die', 15 March 2019
A survivor of the massacre in Kojo village in Iraq in 2014 reveals the details of the extermination of the villagers, exs media, 4 February 2021

The story of the sole survivor of Sinjar Massacre, 'I saw death with my own eyes', Al-Arabiyya TV Channel, 21 March 2019